Being Human Wiki
Register
Don't have an account?
Sign In
Advertisement
in: Syfy Characters, Werewolves, Males,
and 7 more

Connor McLean was the son of Liam and the twin brother of Brynn. Like his sister, he was a purebred werewolf and was born with the condition rather than being infected with it. He is portrayed by Jon Cor.

Connor was locked in the psych ward of the Suffolk Hospital where Josh works, until his sister asks Josh to help her free him. He and his sister are looking for a way to make their transformation permanent, and when they find out that Josh is researching the werewolf condition, they ask him for help. However, Josh turns down their offer when the twins reveal that they wish to become wolves all of the time, rather than find a way to cure their condition like he did. They convince Nora to give into the instincts of the wolf, leading to their collective attack. Josh, becoming highly distrustful of them, tells Cecilia that they were the werewolves that killed Heggeman, and that he can help her kill them if she agrees to compel the other police officers to drop Nora's murder case. However, when Cecilia goes to kill them they overpower her and capture her, putting Aidan in their grasp in his attempt to save Cecilia. During the full moon, they hunt down Aidan, with Josh and Nora, and together finish off a dying Cecilia. While Connor is gloating the next day for having brought out Josh's bad side when Aidan appears and shoots Connor with a silver bullet from Heggeman's gun, killing him immediately. Brynn breaks down and Aidan tells her to never return to Boston, before he turns in Connor's corpse to Atlee, as the werewolf who he claims killed Heggeman.

His head was eventually mounted on a wall in the home of the few remaining Dutch as a trophy. When his father found him, he makes it his mission to hunt down his son's killer and enact his revenge. 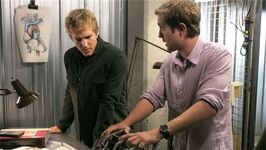 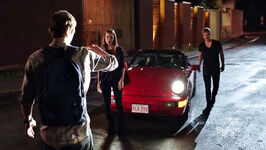 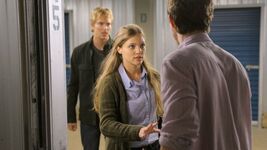 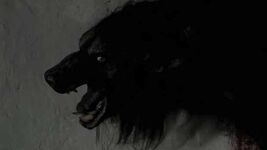