Being Human Wiki
Register
Don't have an account?
Sign In
Advertisement
in: Characters, BBC Characters, Females,
and 10 more

Madeleine Harris in The Trinity, two other actressess

"Make sure they've got some crayons, in case someone wants to draw some ponies and shit."
―To Mr. Rook[src]

Hetty is a 464 year old vampire and one of the Old Ones.

Hetty was born circa 1549, (Ivan and Daisy) and she was recruited at a very young age as she has the appearance of an 11 or 12 year old girl. At some point, Hetty became an Old One.

In 1855, Fergus believed that Hetty was one of the Old Ones who feared then-fellow Old One Hal Yorke. ("The Graveyard Shift")

After Hetty's guardian was killed in a fire and she was left penniless, William Herrick attempted to sell Hetty to a brothel, but was recruited by her.

In 2008, following Herrick's death and the subsequent failure of Herrick's global Vampire revolution, Hetty met with Ivan and Daisy Hannigan-Spiteri at a pub in Singapore and discussed the situation there with them, before leaving to ship out to Bolivia to join the other Old Ones. (Ivan and Daisy)

At the time when the Old Ones chose to initiate a global Vampire takeover as a result of the repercussions of the Box Tunnel 20 Massacre, Hetty and the other Old Ones travelled by freighter from Bolivia across the Atlantic Ocean to Barry Island, to discuss their plans there, and set up base at Barry in Stoker Import and Exports. When Hal and Tom McNair arrived and threatened to blow up Stoker's and kill the Old Ones there, Hetty and another Old One slipped out and left. ("The War Child")

Within the next two months, Hetty was captured and detained by the Department of Domestic Defence. Two months after the deaths of the other Old Ones when Stoker's was blown up shortly after Hetty left, Hetty revealed Hal's existence to Dominic Rook, and agreed to tell Rook everything she knew about Hal in exchange for a flight back to Bolivia the next day. ("The Trinity") 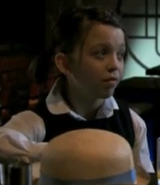 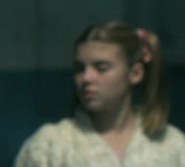