Being Human Wiki
Register
Don't have an account?
Sign In
Advertisement
in: Characters, Syfy Characters, Vampires,
and 7 more

For Those About to Rot

If I Only Had a Raw Brain

A few years ago he dated Kat Neeley. While discussing their future together Kat told him she wanted children in which he replied he had all the children he wanted to have. Afterwards they broke up and he found a new girlfriend.

Jeff was introduced to Aidan not long after they had both taken a visit to a museum. Noticing Kat from afar, Jeff approached them with his new girlfriend Marissa and curtly introduced himself to Aidan. In an unspecified amount of time after their first meeting, Aidan had drained him on a blood bender.

Later, Jeff woke up as a defective vampire. He began to stalk Aidan, who noticed him while attending Josh's Bachelor Party in a local strip club. Leaving soon after, Aidan could not recognize him underneath his hood.

Detected again by Aidan the following night, he was initiated into a short struggle. Aidan could not recognize who or what he was behind the deformities and all Jeff could muster was a confession to his intense hunger, noticing the hindrance to Aidan's performance in his open wound. After a brief altercation Jeff was staked, tearfully asking why Aidan inflicted the curse upon him. Reverting back to a human visage before dusting, Aidan was deeply disturbed by this familiar face.

Although he was hardly shown as a vampire, and having recently been turned, he was very animalistic and strong - although him being able to briefly overpower Aidan could have been because of his wound where Sally had fed off him - with a more heightened bloodlust than usual. As a defective vampire, he also had the ability to compel other vampires, although he never got the chance to use it. 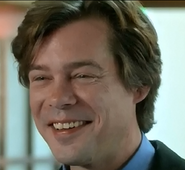 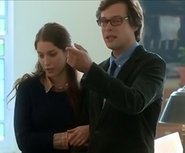 Jeff after being attacked by Aidan

Jeff as a defective vampire
Community content is available under CC-BY-SA unless otherwise noted.
Advertisement