Being Human Wiki
Register
Don't have an account?
Sign In
Advertisement
in: Being Human BBC, Objects, Series 5, Objects BBC

This article contains massive spoilers if you have not seen episode 6 of season 5.

Later the werewolf is shown again, at the end of the Episode The Last Broadcast. The werewolf appears on the cupboard, after Hal, Alex and Tom seem to have become human. It is the only hint that shows that Hal, Alex and Tom might not be human, that they are only in another dream world of the devil. Hal had told the devil before, that if he'd wanted the illusion be complete, he should have kept Alex, Hal and Tom together. That is exactly what happened at the end. If it was real the origami werewolf would not have been there and it would not be the last picture shown in the episode. "The wolf of course, is our Inception totem, the thing that tells us whether we’re in the real world, or a dream."[1]

Tobey Whitehouse has promised to put an interpretation of the ending on video. [2] Here it is: 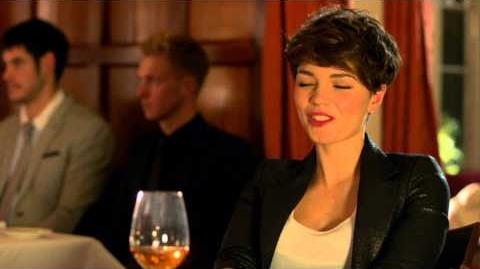 Hatch is folding the origami werewolf

Origami werwolf in the last scene with Alex, Tom and Hal as humans