Being Human Wiki
Register
Don't have an account?
Sign In
Advertisement
in: Males, Dead, BBC Characters,
and 9 more

"Beasts should be put in cages. Infections should be cauterized."
―Kemp

Patrick Kemp was the secondary antagonist in Series 2. He worked for Jaggat.

Patrick Kemp is born in Northern Ireland to a Protestant family. His father was a strict vicar. He is the kind of father that a young boy fears and admires in equal measure. When Patrick Kemp grew up he moved to England and became a priest. He was a highly religious man, who greatly frowns upon those who aren't 'human'. Seeing them more as beasts or diseased individuals, he seemed to have a great lack of compassion for them. This was shown when he continued in an experiment upon a werewolf (or Type 3) even though it was clearly killing him. He is shown also to quote the bible often throughout his appearances, yet apart from wiping the 'types' from the face of the Earth we are yet to be fully aware of his motives, it is hinted that he wants to help in Episode 2.1 but more so this seems to be a cover.

It was revealed in Series 2 that Kemp's hatred for the Supernaturals or Vampires in paticular stems from personal tragedy. When he was young man he returned home from work to find his home had been broken in to. The trespassers however were not burglars but vampires who were in the middle of feeding on his wife and daughter. Shocked by what he saw Kemp bradished a bible and crucifix thereby driving the vampires off but leaving him to watch his wife and daughter die from massive blood loss and mutilation. In the official novel Bad Blood it is hinted that one of the vampires was Christopher. He was feeding from a lot of children during that time. 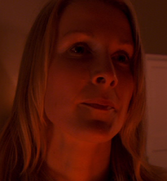