Being Human Wiki
Register
Don't have an account?
Sign In
Advertisement
in: Being Human BBC, Objects, Series 1,
and 5 more 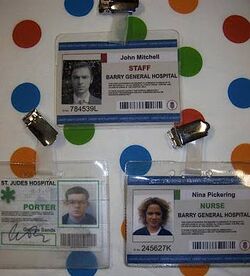 Mitchell weares a photo ID at the St. Jude's Hospital, even though as a vampire he can not be captured on a camera. What happened is that Mitchell took a black and white photo from the first world war - the last photo of him when he was still human - and simply cut out the face. This photo was used for his ID.

For Herrick it is more difficult, since as a police officer he sometimes needs to be captured on camera. But Herrick does not work alone. There are a lot of vampires working in important positions. And when Herrick needed to be captured on video or photos, those videos and photos went missing, witnesses were intimidated or the case collapsed before it went to court.[1] 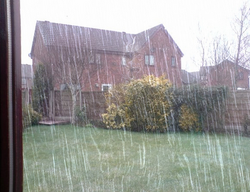 The CenSSA has just proven that it is possible to capture a vampire on camera, but only if it rains. The vampire will not show up on the picture however the rain will outline his face and body. So you can recognise that someone is standing there.[2]